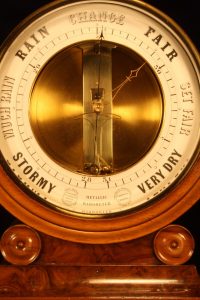 These instruments were the great competitor to Vidi’s aneroid barometers, and the rivalry was, of course, intense. The Bourdon & Richard’s design, requiring far higher standards of craftsmanship, had an immediate disadvantage in higher production costs. It is probably for this reason, and the fact that the design per se was less rugged than that of the Vidi capsule aneroid, that the numbers produced were relatively few and therefore the reason these instruments are seldom seen – the even rarer 8” version represents a small proportion of production. The cartouche, the earlier rack and the serial number indicate a date c1855.

As mentioned, these instruments are very finely crafted, the true magnificence and apparent simplicity of the movement revealed by the open dial. The instrument, if moved, will deflect, and the measured response of the pointer will be noted – a characteristic unique to this design. Response, sensitivity and progression are legendary and these attributes perfectly explain why they are so highly regarded.

These instruments have a unique means of calibration – a special key is required which, when fitted into the centrally positioned port to the rear of the instrument, engages on a square at the base of the arbour. In so doing, a lever placed in the same plane and close to the arbour is caused to engage with the slipping drive pinion, thus the arbour may be turned whilst the movement is “braked.” These setting keys are virtually never seen – a replacement key has been manufactured to enable the instrument to be correctly set up.

Probably the finest of all aneroid barometers, and certainly the most desirable. Absolutely a collector’s piece. 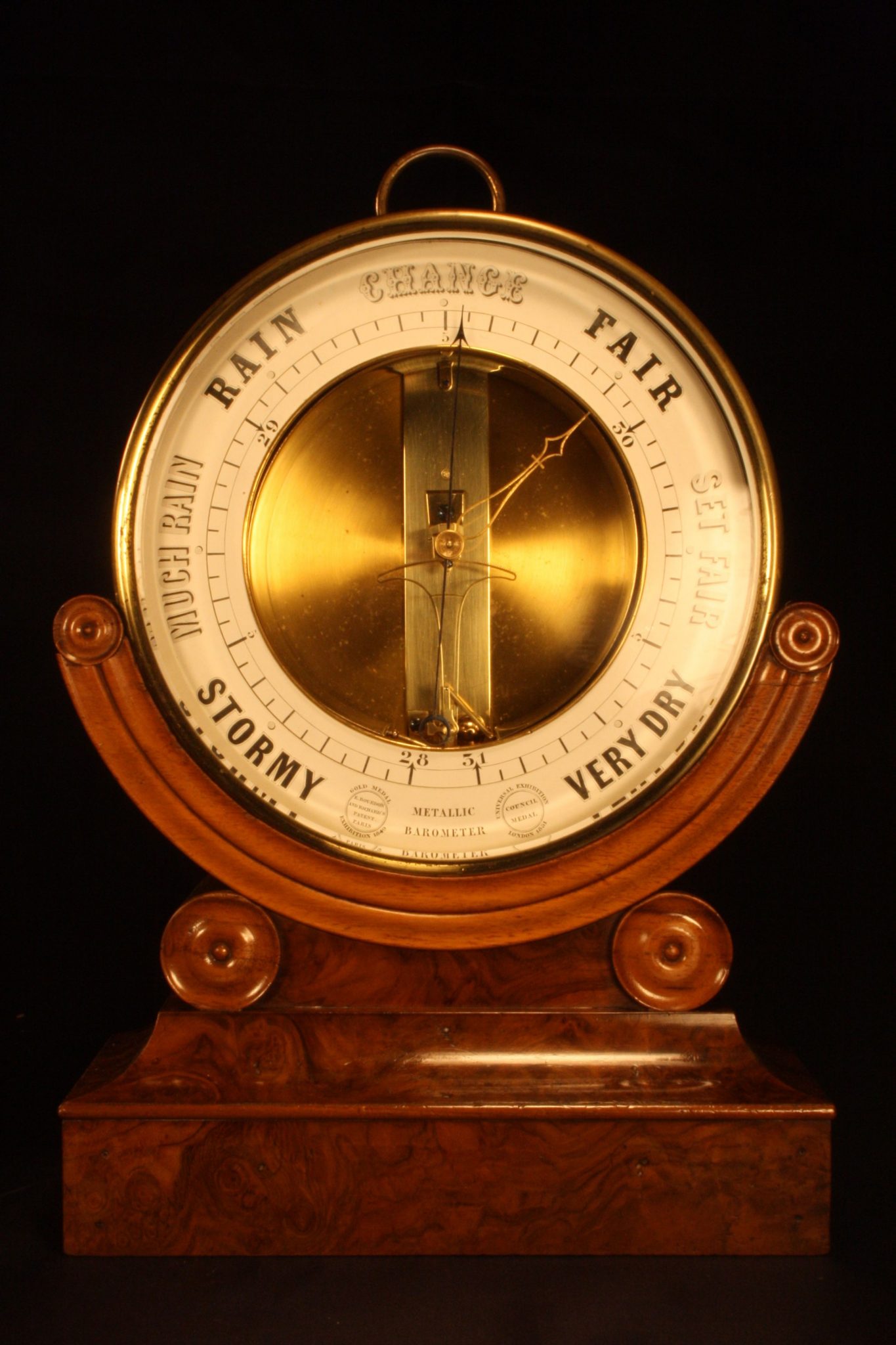 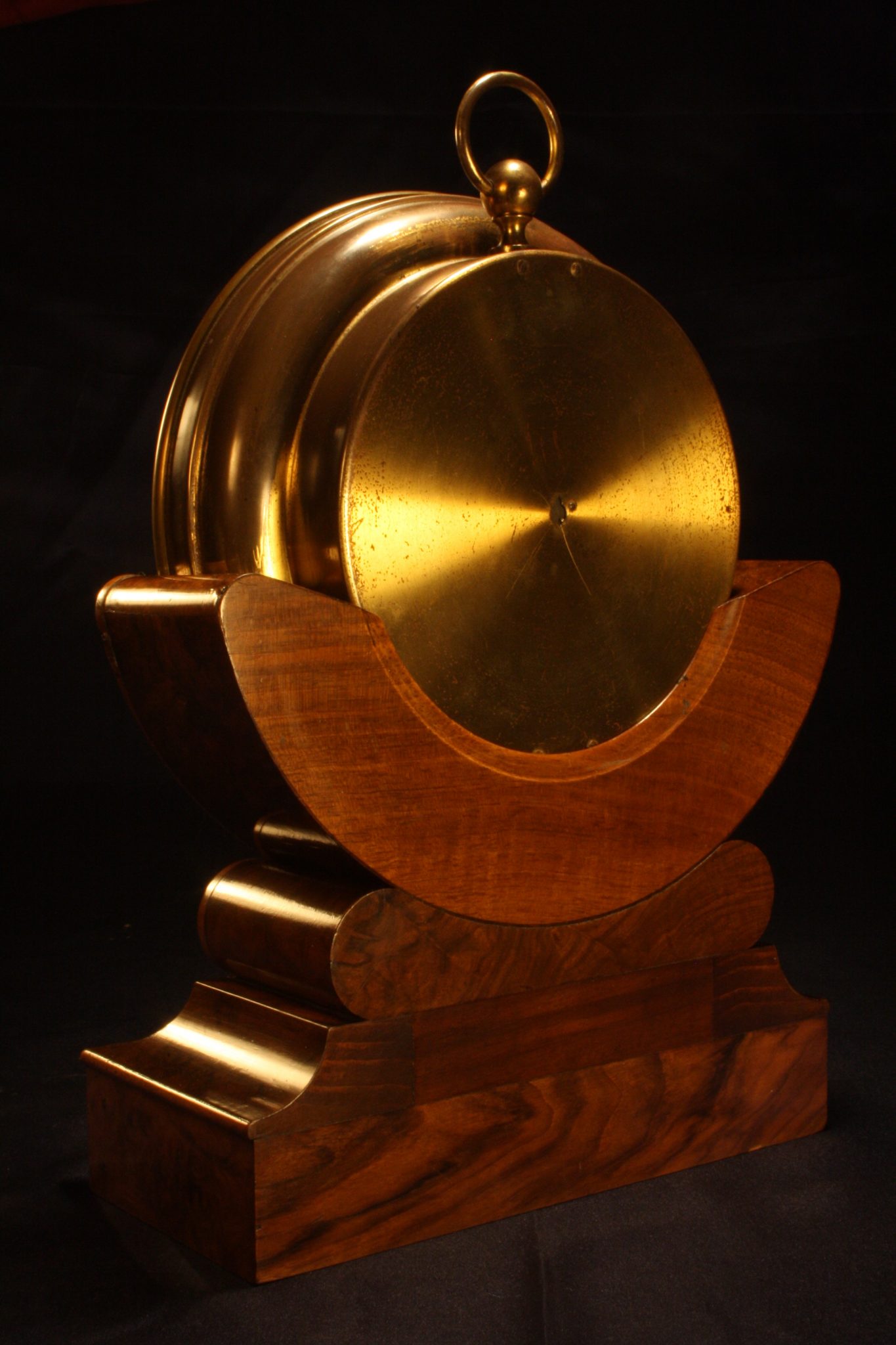 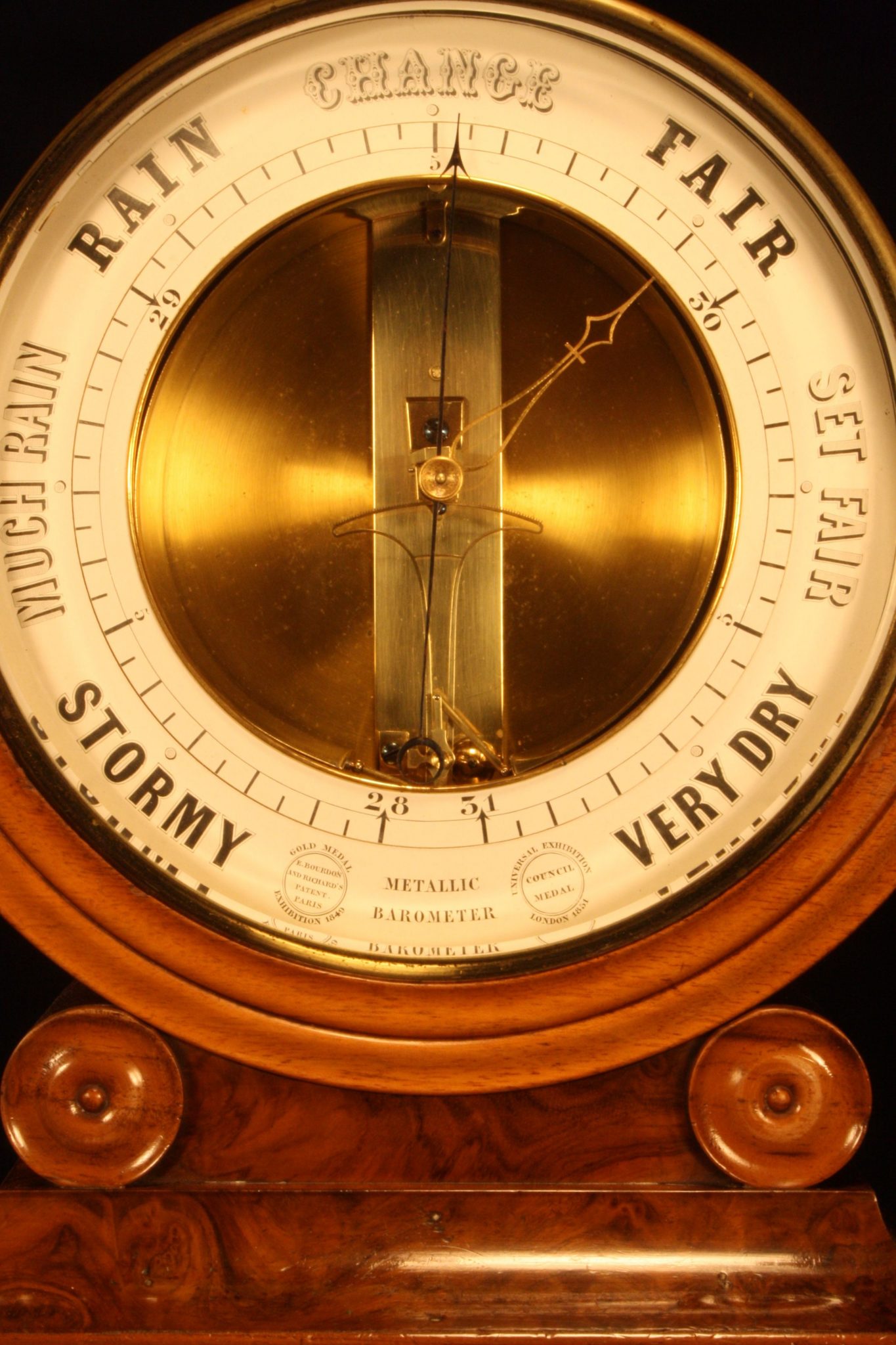 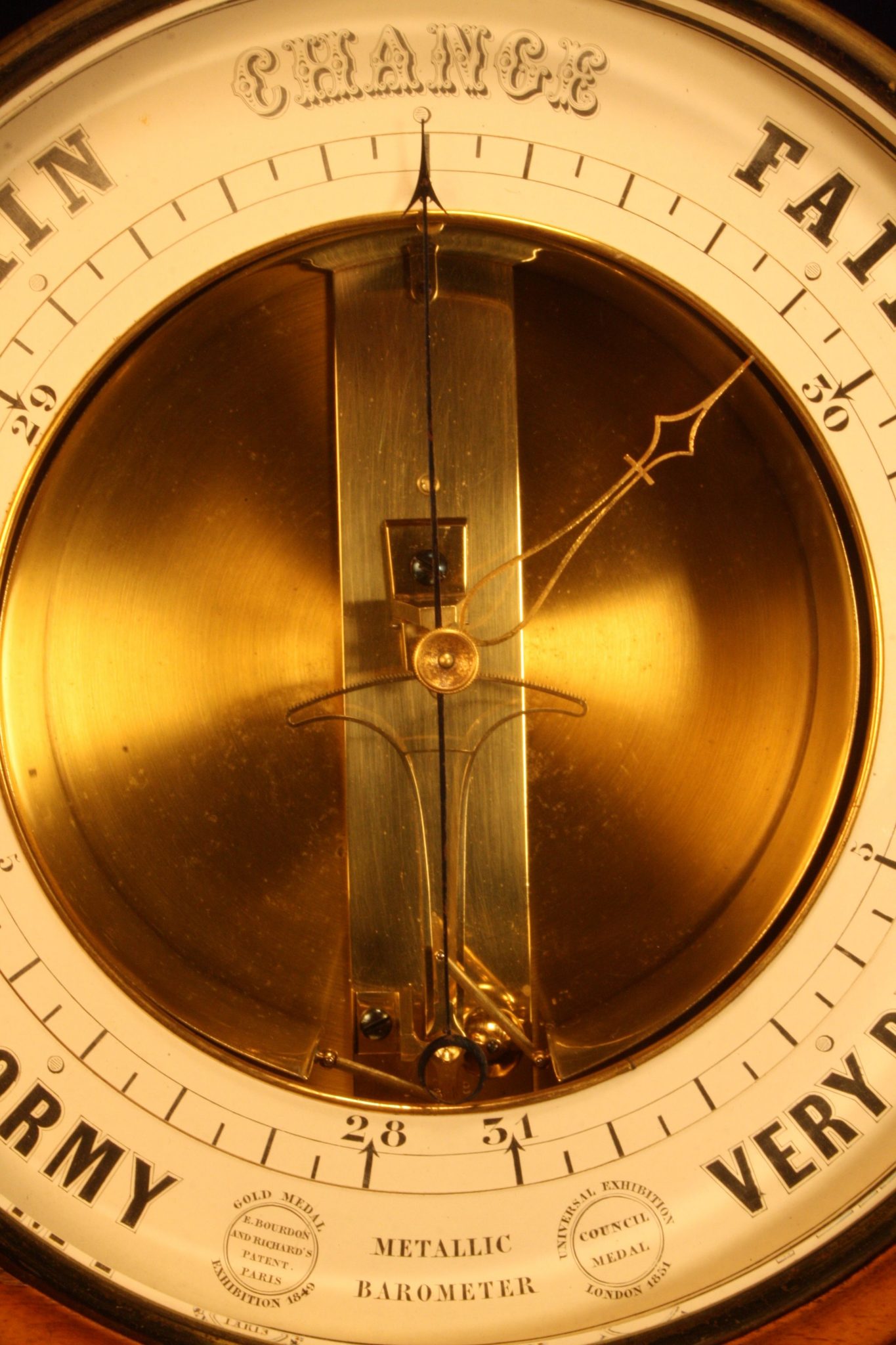 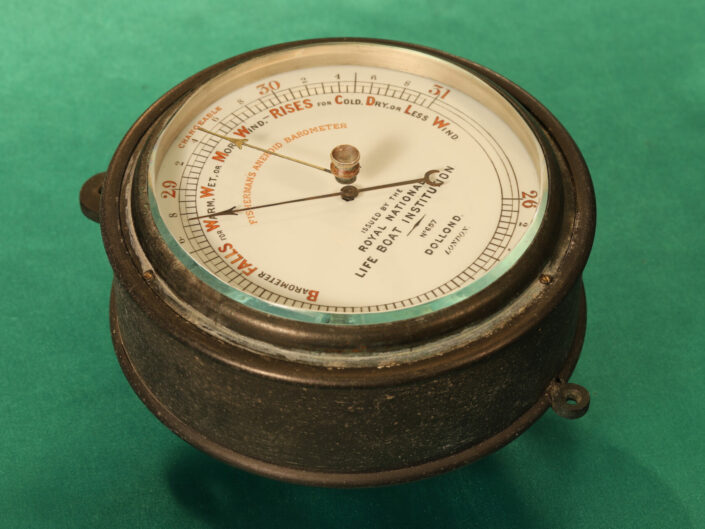 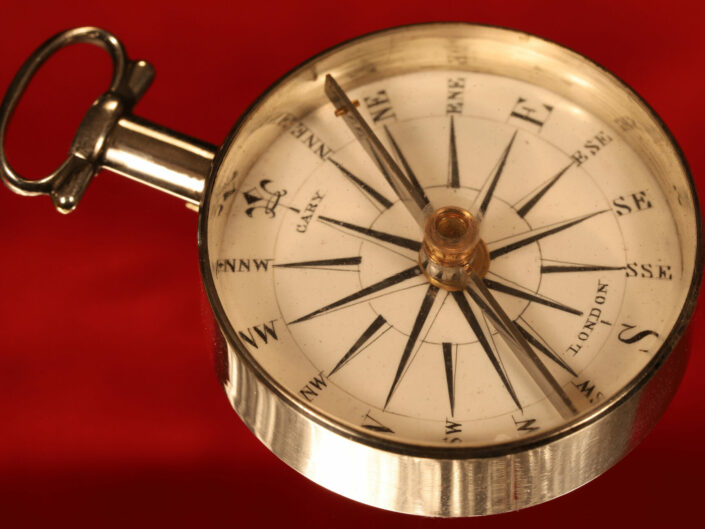 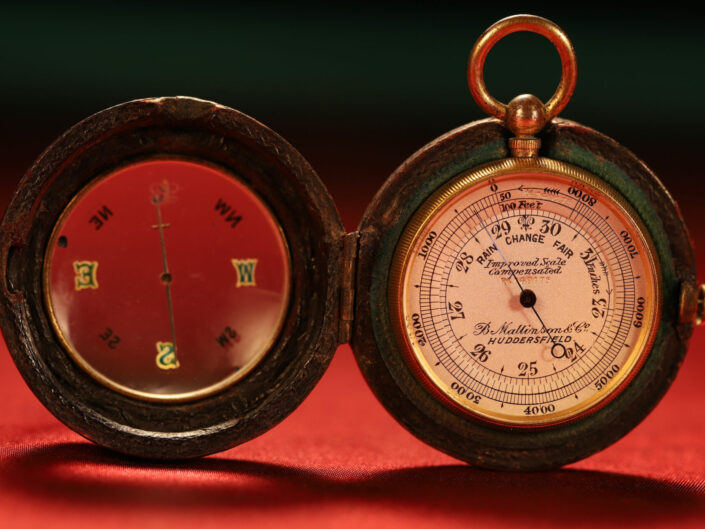